Sister Mary of the Cross

Return of the Bully

The Bully is Back

Unique perspective of ancient Egypt from a unique Pharaoh. Hatshepsut, the fifth Pharaoh of the eighteenth dynasty of Egypt. She ruled for 15 years over the most powerful civilisation in history. Her name meant Foremost of Noble Ladies. But how did this remarkable woman achieve power in a masculine society? A society where all life issues from the male God Amen-Ra. A society where power should pass from father to son. Meet Hatshepsut as she tells the story of her life: Becoming ruler. Maintaining control. Thriving in a highly organised bureaucratic system. Embarking on the largest building projects ever seen. (Almost every museum in the world has a relic of Hatshepsut’s reign).The first Pharaoh to form a full-time professional army.
Students will gain an understanding of life in ancient Egypt and the interwoven layers of religion, politics and administration that created the empire of this great Queen.

Bully no more is part 1 in the anti – bullying trilogy. Bully No More dramatises a troubled friendship between two students at primary school. Eric can’t understand why he is always being picked on by Becksy at lunch time. He confides in his good friend Ralph who gives him a few home truths and some great advice. He sets out to discover why Becksy treats him the way she does. As Eric begins to understand what is making Becksy act the way she does he discovers that he and Ralph can help her through peer support and friendship. They discover they can be friends after all. The play dramatises what bullying is; physical, verbal, visual and offers positive strategies that enable children to deal with bullying. A de-brief session is offered after the play.

Charlie Gordon, a mentally handicapped, good-natured and trusting individual, finds his simple life changing unexpectedly. After an operation on a little white mouse named Algernon, Charlie is selected to be the first human to undergo experimental surgery to increase his intelligence. As Charlie’s intelligence develops his emotions are thrown into turmoil – with greater awareness he suffers extremes of insecurity and paranoia. The experiment ultimately turns out to be flawed and, as Algernon regresses and dies, Charlie witnesses his own potential fate. The story is told in Charlie’s words – from his diary – enabling the audience to feel Charlie’s warmth, compassion, humour and turmoil. The story explores the nature of intelligence, the consequences of attempting to surgically alter humanity and our own respect, or lack of it, for difference. Flowers for Algernon is a poignant, sensitive and unforgettable story. Daniel Keyes’ novel, Flowers for Algernon, is one of the best science-fiction stories of our time. Published in 1959, it was hailed as a classic of the genre. It won the Science Fiction Writers’ of America Hugo Award in 1960, & the SWFA Nebula Award in 1966. In 1968 Cliff Robertson won an academy award for his portrayal in the adaptation titled – Charlie. 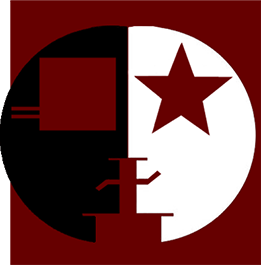